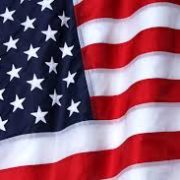 James J. Cronin of Mansfield, MA passed away at Norwood Hospital on Saturday June 29, 2019 after a long struggle with a cardiovascular condition. He was 62.

Born and raised in Dorchester, James was the son of the late Francis X. and Victoria T. (Venezia) Cronin.  He attended Don Bosco Technical High School, studying Electronics.  He then served in the US Air Force in the Geophysical Laboratory. James later earned his JD from Suffolk Law School.  He was an Attorney for many years, practicing family and real estate law.

Jim was an avid reader and enjoyed in-depth discussions on a variety of topics especially politics and history.

He had a passionate love for music and he was a talented musician. The Grateful Dead inspired him to create his own band, The Fossyls.  The band played many events at the American Legion Post in Sharon, MA. When his band wasn’t playing at the Post, he helped out with administrative bookkeeping tasks there.

Funeral services will be private with a Memorial Service held later in the year, at a date and time to be announced.